Go, stand on the edge of the Burren, on its limestone pavement and listen; hear the waves crash into the unseen caves beneath your feet. Then turn; look at the Cliffs of Moher as they rise majestically from the raging sea, and you will realise why this extraordinary region, with its magnificent landscape, has been awarded the prestigious UNESCO recognised Global and European Geopark Status.

In 2011 the Burren and Cliffs of Moher Geopark gained Global Geopark status. Making up over 530 square kilometres the Burren and Cliffs of Moher Geopark offers a diversity that is second to none. There is the natural beauty of the 200 metre high Cliffs with its eight kilometres of rugged coastline, and there is beauty in the vast array of flora, including Arctic and Alpine flowers that grow surprisingly alongside Mediterranean species. There is also the staggering amount of history in the Burren region with over 2,700 recorded monuments, some dating back over 6,000 years. This has led to the Burren being described as “one vast memorial to bygone cultures”.

The Burren and Cliffs of Moher region has become internationally recognised, though plenty of people, some 800,000 per year, have been aware of this hidden gem on the west coast of Ireland for a long time. Not only does the region have the geological importance that is required of a Geopark, it also has the all-important network of organisations that oversee the tourism in the area as well as the education and conservation efforts. For more information on Geoparks visit Burren & Cliffs of Moher Geopark website. 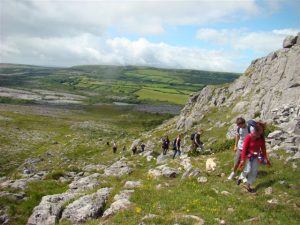 The Burren, a remarkable place where geology, ecology, archaeology, agriculture, history, food and traditional Irish music are deeply rooted in the landscape and culture of the region. It is a landscape of hills, valleys, plateaus, cliffs, beaches, turloughs, lakes, streams, depressions, and caves – all of which provide us with a truly remarkable window into the geological history of North Clare and the West of Ireland.

The Burren is one of the largest and most accessible Karst regions in the world. It is the only place on the planet that Arctic, Mediterranean and Alpine plants grow side-by-side. It also has geological and historical wonders and a rich community of people full of passion and pride for this wonderful place. 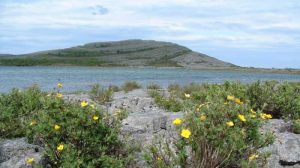 The Burren National Park is located in the south-eastern corner of the Burren and is approximately 1500 hectares in size. The Park land was bought by the Government for nature conservation and public access. It contains examples of all the major habitats within the Burren: limestone Pavement, calcareous grassland, hazel scrub, ash/hazel woodland, turloughs, lakes, petrifying springs, cliffs and Fen.  Approximately 75% of all plant species found in Ireland can be found in the Burren including 23 of Irelands 27 native orchid species.

The Cliffs of Moher

The Cliffs of Moher rise over 200 metres above the ocean and run for over eight kilometres along the Atlantic Ocean on County Clare’s west coast. The Cliffs of Moher Visitor Experience includes over 800m of cliff edge paths and viewing areas, the gothic style 19th century O’Briens Tower near the highest point of the cliffs and the eco-friendly underground visitor centre building containing visitor services and facilities, gift shop, restaurant & coffee shop and the award winning Atlantic Edge Exhibition.

The Cliffs of Moher are a special protected area (SPA) for seabirds under EU and Irish legislation and during the nesting season are home to over 30,000 pairs of seabirds including a number of protected species. Internationally significant numbers of both Guillemots and Razorbill can be found here along with Puffins, Kittiwakes, Fulmars, Peregrine Falcons and Choughs.

Find out more about visiting the Cliffs

A geosite is a location which has particular geological or geomorphological significance and it may also have cultural or heritage significance. The Burren and Cliffs of Moher Geopark geosites have been selected for their accessibility as well as their geological and cultural significance, providing ease of access for visitors and educational groups. See all Burren Geosites

Location of The Burren & Cliffs of Moher Geopark

The Burren & Cliffs of Moher Geopark is an area in the North of County Clare, Ireland.

See Getting here for further information. 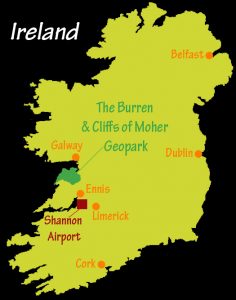 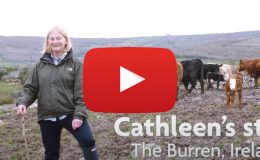 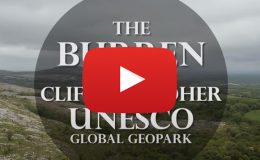 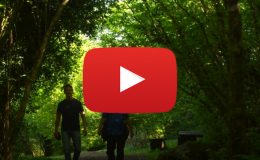